NFC (Near Field Communication) is a Near Field Communication technology, jointing research and development by NXP, SONY and nokia , using 13.56 MHz, running within a 10 cm distance by contactless radio frequency identification technology (RFID).NFC technology application on mode and point to point mode mainly divided into the card, the card mode, because the chip are passive activation mechanism, the mobile phone with NFC technology can be still function, in order to replace most of the NFC IC, and point to point mode for data transmission.

QR Code is also called QR Code, is to use a particular geometric figure according to certain rules, by plane (2 d) on the distribution of black and white alternate with graphics symbol information record data. 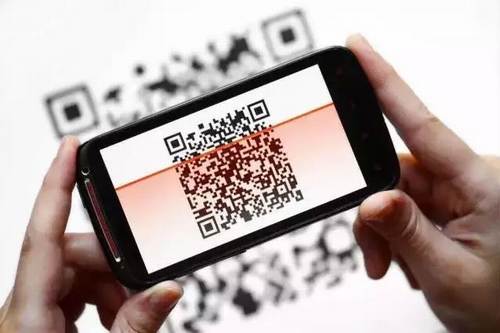 NFC with QR code in a Shared cycling unlock application respectively in data transmission, the use of the advantages and disadvantages in security, user experience and terminal cost four aspects.

In terms of data storage and transmission, the current widely used way of QR code to unlock, can win the ID of the bike and other limited information, and cannot send data to the bike. When users used mobile phone scanning code lock, and bicycle match, information sent to bike management platform via mobile phone APP, and then information of trajectory, the position of the vehicle maintenance and vehicle state are sent to a mobile phone by the platform, and lock unlock information sent to the intelligent.Although the users scan code little power consumption, but in the platform side need to store and transport a large number of information.

In the NFC technology, mobile phones and locks can be a large number of data between each other.Mobile phone touch lock, lock in the offline information don't need through the Internet, can be directly sent to mobile phones.At the same time, the mobile phone can also be transmitted to lock a lot of information, this is the QR code does not have the data flow direction.

Security is the weakness of the QR code

Security is greatest weakness of QR code technology.For example in a Shared paste forged on the bike unlocked QR code, the user through the phone unlock by fake link in the process of the virus, steal the money by the user.In the technical point of view, QR code for this kind of security threat, because anyone can define themselves information through software conversion become the QR code, transformation of QR code cannot distinguish on the surface, and yards of people only know "scam".

Security is the most important advantage of NFC technology,in intelligent locks, NFC has two characteristics that the threat of similar to forge the QR code that will not happen.First, different from the QR code based on image recognition technology, NFC is radio frequency technology, so the NFC antenna does not need to be like QR code on the surface of the lock, but built inside the lock, through means such as paste, replace, fraud.Second, NFC technology has two-way authentication, data encryption, and can achieve the level of financial security level, the QR code is a one-way communication, transmit information limited cannot reach, technically guarantees the fraud can not be implemented.

In terms of user experience, through the pay treasure to pay and WeChat pay massive user popularization education, everyone is already accustomed to the use of the QR code, when sharing bicycle to unlock, take out a cellular phone, unlock the screen, open the software, click scan QR code, but once the QR code is can't use.

If the NFC technology unlocked share the bike, only need to take out a mobile phones have NFC close to lock, other such as automatic matching, wake up, bring up the APP screen these actions automatically, and because the NFC module built-in smart locks, not easy to damage and theft.

NFC a number of high cost

In terms of development and use of cost, NFC cost is high, the cost of qr code close to zero.

Secondly in terms of integration costs, one is the application and software professionals is not abundant, the process of development not mature, not rich mature application software available for the call, can not form the product quickly.The second is the underlying technology is not rich, NFC is a short-range communications technology, the RFID technology based on high frequency and carrier frequency 13.56 MHz, the antenna area and electromagnetic environment has certain requirements, so every models need to fit a customized set of parameters.Superposition of these factors together, push the integration of human and financial resources and time cost.

Finally the certification inspection cost.NFC is not a technology, it is a collection of technologies, multiple standards organization on its definition, at the same time in order to merge the RFID technology, NFC is compatible with all the high frequency RFID technology.These problems is that the consequences of NFC technology can want to actually use, need in every test center all the NFC protocol testing, to get various certificates.Although NXP NFC module technology is very advanced, and have got all kinds of certificates, but the integration problem based on the above, NFC module integrated into the product, itself also needs after many debugging to final inspection, and the test of time and manpower cost, financial costs are also not a small number.

PREVIOUS: Smart manufacturing and the IoT is driving the next industrial revolutionNEXT: Blockbuster! Imagination of the English chip manufacturer agreed to sell to Canyon Bridge