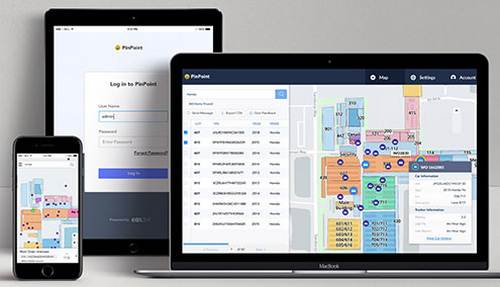 Automobile auctioneering company Manheim is using a low-power wide-area network (LPWAN)-based Internet of Things (IoT) system developed by its sister company, Cox Communications, (both owned by Atlanta-based Cox enterprises), to track up to 500,000 vehicles at car lots across North America. The new solution, known as Cox2M, is designed for asset management across multiple industries, but is initially being launched with the company's automotive division to help track vehicles as they are received, processed, test-driven and sold in large lots. Cox Communications calls this the largest LPWAN commercial IOT deployment in North America.

In the meantime, however, Manheim is leveraging the IoT to gain visibility and automated management of its vehicles while they are still on the sales lot. The automobile auction company operates 80 locations across the United States and 120 locations internationally, with a total of 7 million cars sold annually and a half million vehicles on its lots at any given time.

Locating vehicles within lots has historically been a problem that increases exponentially with the size of the lot and inventory. Since there can be tens of thousands of vehicles parked across a single Manheim lot, which may be needed at any time by a potential customer or the sales staff, visibility into each car's location and status is critical. Manually searching for specific cars can mean employees walking several miles on a daily basisa process that consumes time they would otherwise spend serving customers. For a buyer who has come to pick up a car he or she has purchased, or to look for a specific car that person wants to test drive, the searching process can also be time-consuming and frustrating.

Manheim piloted the Cox2M solution last year at its lot in West Palm Beach, Fla., and is now deploying the system across its North American lots. The technology consists of battery-powered sensor devices assigned to vehicles that transmit a unique identifier via LPWAN. Gateway receivers have been installed throughout those locations. The Cox2M system then collects the data on a cloud-based server, calculates the location of each sensor device and pairs that information with the vehicle's descriptors, such as its vehicle identification number (VIN), make and model.

Cox Communications developed the sensor tag, Weinisman says, to meet the deployment's need for a small device that would not draw power from a vehicle, but would dependably transmit data using battery power that could last for years. The company either develops its own sensors or selects products available on the market, depending on the particular use case.

The sensor tags in use by Manheim come in two form factors: a dangling tag that can be attached to a car's ignition key ring, or a plug-in device that connects to a vehicle's onboard diagnostics (OBD) connection. In either case, the tags do not draw battery power from a carwhich is key, Weinisman says, since some sensor devices consume battery power that a vehicle requires for operation.

Each tag is commissioned by linking the vehicle's VIN and other details with the tag ID number in the Cox2M software. The tag then beacons at pre-set intervals. The LPWAN gateway devices capture that data and forward it to the Cox2M software, which calculates the vehicle's location within the lot. With that data, Manheim's sales staff can locate a vehicle in real time by signing onto the firm's website, or by using an app downloaded onto a smartphone or tablet. The car's location is then displayed on a map of the lot.

The software can accomplish more than real-time locating, however. For instance, the company reports, management can view when a vehicle is test-driven and when it returns. They can also view when a vehicle goes to a servicing area, and thereby better understand its status. Historical data can provide other purposes as well, such as understanding which cars attract the most interest and how that might relate to their location in the lot, and workers can potentially rearrange vehicles accordingly.

The system issues alerts to authorized parties in the event that a car has been placed at the wrong location or has not returned from a test drive by a specified time. Users can also view which vehicles are in neighboring lots, in order to understand how inventory is distributed.

Since the system has been deployed at Manheim's lots, Weinisman reports, "There's been tremendous amount of adoption by sales staff and customers." The solution not only saves time for the sales staff, but they are finding that they can share the collected data with customers as well. In fact, he says, Manheim's lots are printing fliers with instructions for customers, indicating how they can use the system to search for a specific car. For instance, a potential buyer could sign in at the lot's website, indicate his or her location and the kind of vehicle he or she is seeking, and then view icons for each car that might be of interest, along with its location.

Cox Communications is now in discussions with other customers, including additional Cox companies, about how a Cox2M solution would benefit them, whether for vehicle or fleet management, or for smart cities or agriculture.

When it comes to IoT solutions, Weinisman states, "As an industry, we need to think in terms of end-to-end solutions." That means offering more than just software or sensors, he notes. Most companies are not interested in piecing together a system of hardware and software. "They just want a solution that works."