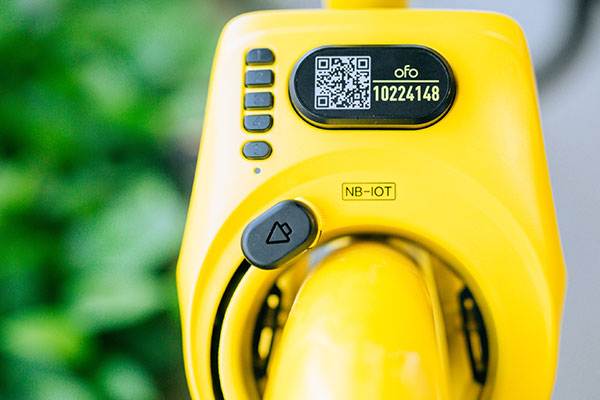 "NB-IoT technology is the best solution to "sharing bicycle" intelligent lock at this stage, this is new intelligent products coming out, means that the yellow bike is the most representative scene of the Internet of Things application, is the first breakthrough in all things networking. "In the previous Huawei had to make General Assembly" ofo co-founder Xue Ding said.

NB-IoT (Narrow Band Internet of Things) technology is based on the existing cellular wireless network,It provides more comprehensive and better network coverage between the communication of objects and objects, and also support multiple connections , in case of lower power requirements of the terminal requested.

At present, "sharing bicycles" commonly used smart lock that based on 2G network standard, It is relatively in high power consumption, even if the power plant on the bike rely on electronic lock power supply, once it has problems on the power supply unit, intelligent bicycle will become a zombie bicycle, can not be used for guests or users. According to public information, Huawei has made technical improvements for the NB-IoT module, and the application terminal will enter into the deep sleep mode in the non-data transmission cycle, thus saving power and the standby time is much longer.

The NB-IoT module for "sharing bicycles", means also even the most current network signal are not avaible or difficult to reach, such as underground parking, the customers or users can still  also Tab scan to unlock and use the "sharing bicycles".

At the same time, in addition to Huawei, China Telecom is also one of the partners, the ofo yellow bike that using intelligent module will using China Telecom's domestic most extensive wireless network resources. "Take Beijing for example, before the network station sector can only cover hundreds of sharing bicycles, can not cover the scope of the bicycles, but the new module will have an improvement, after a network station a number of device connections will be increased and allowed by hundreds times.