The RFID Market Is Increasing On the Road 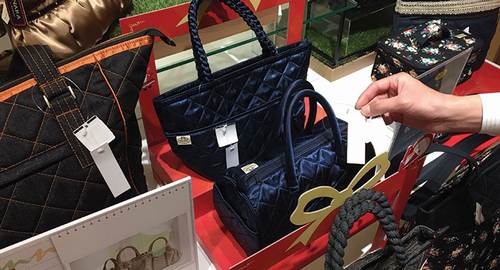 Background in the Past

All of the industry leaders "Printed Electronics Now" said that RFID has showed strong potential for more than a decade, they noted that in the last few years they have seen the technology move forward dramatically.

Jeremy Schenof, Avery Dennison¡¯s senior director of global RFID solutions, said that 10 years ago, the RFID market was just at its infancy. It has grown significantly since then, with much of that growth coming in the past five years.

¡°Prior to that, use of the technology was limited,¡± Schenof noted. ¡°Marks & Spencer was one of the first large apparel retailers to use item-level RFID tagging for inventory accuracy. This marked a significant shift in use case from supply chain tracking across a variety product segments to in-store inventory visibility for apparel. A decade ago, UHF RFID for apparel retail item level inventory visibility was just getting started. Now apparel is the largest application, representing approximately 70%+ of the market by volume.¡±

Ryan Parker, head of responsive retail, retail solutions division, IOTG, Intel, said that while the use of RFID has expanded during the past decade, use of the technology has dramatically grown in the past two years.

¡°We have seen a lot of growth during the past 10 years, and it has been a massive swing in the past two years,¡± Parker noted. ¡°Now that costs have come down to one-third to one-quarter what they were, RFID is a lot more accessible. The cost of tags and equipment has come way down, and the need to differentiate is important for retailers as footfall is declining.¡±

¡°RFID has changed a lot and for the good,¡± Mitchell said. ¡°The market is really mature, but not in the sense that it is done growing.

The passive RFID market has grown from a couple hundred million units to seven billion to nine billion units in 2016. It really has grown tremendously since pre-2000, and the last eight years it has taken off.¡±

Carl Rysdon, VP of sales for Checkpoint Systems, has been working in the RFID field since 2000, prior to RFID¡¯s impact in the retail industry.

¡°A decade ago, retailers had not seen the benefits and most projects were in other industries with more limited scopes,¡± Rysdon recalled. ¡°At that time, asset tracking for high end manufacturing such as aerospace and the military was where most of the activity was.

¡°In the early 2000s, there was a lot of interest in the MIT Auto ID Lab, which was central to a lot of the focus and trials,¡± Rysdon added. ¡°There appeared to be traction in the retail space but the cost of the solutions was much higher than it is now. Fifteen years ago, tags were close to a dollar a piece so it wasn¡¯t getting very far, and you had companies like Walmart looking at pallet-level applications. What we saw was that business cases were hard to prove and retail lost interest.¡±

¡°In the next 10 years or so, the major customers in RFID were industrial and military, much higher end applications,¡± Rysdon noted. ¡°Checkpoint¡¯s software side was a spin-off of the MIT Auto ID Lab, which Checkpoint acquired in 2008. For that reason we have a lot of customers like Airbus, John Deere and the VA hospitals in addition to our retail base. Today, we see that most retailers are either in a pilot or deployment mode for RFID. Today, the value of item inventory accuracy is understood by retailers as a key driver to support a multichannel sale strategy and on shelf availability. They are all looking at it in some form or fashion, and we see the adoption side of the bell curve evolving. Our parent company, CCL, is the world¡¯s largest label producer with a major presence in the CPG market in particular, where we can drive inventory accuracy and on shelf availability through integrating RFID.¡±

Erika Goodmanson, marketing and communications leader for Impinj, said that the growth and evolution of the technology now referred to as RAIN RFID has been tremendous in the last decade.

¡°In many ways, the technology grew up through ratification, standards development, securing worldwide spectrum, and advancements in the technology itself,¡± Goodmanson added. ¡°What started as a technology primarily used to track pallets is now used to identify, locate and authenticate billions of individual items. The endpoint labels have gone from the size of a postcard to options as small as a quarter of a US postage stamp. Additionally, what was once a handheld-only effort is now available as fixed infrastructure on a wall or ceiling, always on, and can read up to 1,000 endpoints per second and up to 30 feet. All of the advancements, have led to lower cost for endpoint chips, easier deployments and enterprise-ready RAIN RFID solutions.

Printing plays a key role in some RFID applications, such as labels, and as demand grows for more RFID tags and labels, printing could have a greater role. For example, Mitchell sees opportunities for the printing of antennas.

¡°Antennas are mostly etched, but printing plays an important role because the RFID tags themselves go into a label,¡± Mitchell said. ¡°We are working very closely with the printing industry as we are striving to drive cost out of RFID and in the future, we could print an RFID antenna directly onto packaging.¡±

¡°Although RAIN RFID is usually thought of as an invisible technology, RAIN RFID chips typically live inside of a printed tag,¡± said Goodmanson. ¡°Those printed tags come in many form factors from apparel hang tags, to printed labels, to patient wrist bands.

And end users want to have human-readable information available in a compelling and consumer-friendly design. There have been a number of advances in printing machines that take advantage of the improved sensitivities of RAIN RFID chips, and service bureaus continue to deliver new capabilities that their customers need.¡±

Aside from its thermal printers, Fein sees opportunities for printing of antennas. ¡°We see printing as ideal for scalability of antennas,¡± Fein said.

Rysdon noted that paper printing and encoding of RFID tags and labels is an essential part of an RFID solution.

The Future of RFID

RFID industry leaders believe that the best has yet to come for RFID.

¡°We definitely see continued growth in retail, and unfolding to the point that it becomes as common as the barcode,¡± Rysdon concluded. ¡°There is a need for inventory accuracy, and there is not another technology that is out there right now that can achieve that accuracy.¡±

Goodmanson said that Impinj expects all industries to increase their use of RAIN, as evidenced by the traction in the market over the last several years.

¡°Additionally, several new and emerging RAIN growth areas continue to surface, including enterprise security,¡± added Goodmanson. ¡°For example, Bank of America and Wells Fargo are using RAIN for asset management and data security, connecting racks and servers in their data centers to improve and accelerate asset inventory visibility for compliance purposes. Today¡¯s market for RAIN in data centers is already $390 million, projected to expand to nearly $2 billion by 2020.¡±

Schenof said he expects RFID to continue to grow, as new segments begin to adopt and more use cases are proven.

¡°Over the next decade, there will be significant penetration of national and multinational apparel retailers, with RFID solutions integrated across the broader retail IT landscape, such as enterprise resource planning and analytics applications,¡± Schenof added. ¡°We also expect continued expansion into other retailer categories and consumer goods, like food, pharmaceuticals and cosmetics.¡±

Fein said that RFID has been a successful area for Zebra Technologies, and will continue to grow into the future. ¡°RFID will be ubiquitous,¡± Fein added. ¡°I hope it gets to the point where everyday items have RFID tags on them, and there is an RFID reader on every phone.¡±