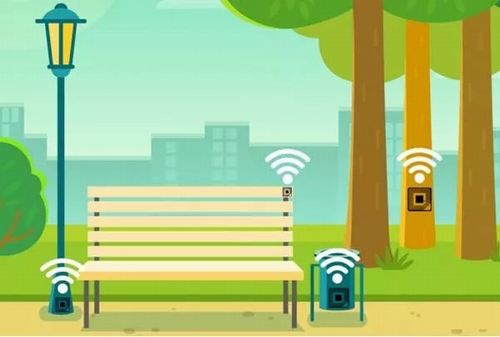 In recent years, more and more retailers and manufacturers have chosen to use RFID (Radio Frequency Identification Chip) to track their products. Often these RFIDs are based on paper labels plus simple antenna and memory chips. When these RFID tags are affixed to milk cartons or jackets, they can be used as smart tags to send information to the RF reader about the identity, status or location of the relevant product.

In addition to marking products throughout the supply chain, RFID tags are also widely used to track casino chips and ranch cattle scenes for amusement park visitors and marathon runners.

The MIT (Massachusetts Institute of Technology) automated identification laboratory has been at the forefront of RFID technology development. According to Jimmy Mills's consulting report, researchers in the lab are trying to develop new features of RFID technology: They have developed a new UHF RFID tag sensor capable of detecting peak glucose and wireless transmission signals. In the future, the team plans to perfect this RFID sensor to monitor the environment of compounds and gases such as nitric oxide (CO).

People want to tap more value from existing RFID infrastructures and expand more applications, such as sensing,ˇ± said Sai Nithin Reddy Kantareddy, a graduate student at the MIT Mechanical Engineering Institute. ˇ°We can create thousands of these kinds of cheap ones. RFID tag sensors, they are attached to the building walls or various objects, without the need for an extra battery to detect all common gases in the environment, such as carbon monoxide or ammonia. And create a huge sensor network at a very low cost. ˇ±

"RFID is the cheapest and lowest power RF communication protocol available today," Sarma said. "When a general-purpose RFID chip can sense the real world by improving the tags, then the true sense of sensor ubiquity will become a reality. ˇ±

Currently, RFID tags are available in a variety of configurations, including battery-powered and passive. Both types of RFID tags contain a small antenna that communicates backscattered RF signals with a remote reader, sending data or simple code stored on a small integrated chip in the tag. The battery-powered tag contains a small battery that powers the chip. Passive RFID tags collect energy from the reader itself. The reader emits radio waves of just enough energy within the FCC limits to provide energy for storage chips and reflected signal reception in RFID tags.

In recent years, researchers have begun experimenting with ways to convert passive RFID tags into long-running sensors that do not require batteries or require replacement. These efforts are usually designed primarily for the tag antenna, which changes its electrical properties in response to certain environmental stimuli. Thus, when a certain stimulus is detected, the antenna will reflect radio waves back to the reader with different characteristic frequencies or signal strengths.

For example, Sarma's team previously designed an RFID tag antenna that responds to moisture in the earth and changes the radio wave emissions. The team also created an antenna that senses the anemia that flows through the RFID tagged blood.

However, Kantareddy claimed that this kind of antenna-centric design has many defects, the main one being ˇ°multipath interferenceˇ±ˇŞeven radio waves from a single source (such as an RFID reader or antenna) Reflected on the surface to bring mixed effects.

ˇ°Depending on the conditions of the environment, radio waves can be reflected on walls and objects multiple times before being reflected back to the label. This can interfere with noise formation,ˇ± Kantareddy said. ˇ°Using antenna-based sensors, there is a higher chance that it will be misidentified. Or a negative signal, which means that it is possible that the sensor's response is inaccurate because it is subject to interference from the radio field. Therefore, antenna-based sensing lacks sufficient reliability."

Sarma's team has adopted a new solution: Instead of targeting tag antennas, they are trying to improve their memory chips. They purchased a commercially available integrated chip that can switch between two power modes: one based on RF energy mode, similar to fully passive RFID, and the other is a local energy assisted mode, such as using an external battery or capacitor, similarly For semi-passive RFID tags.

The research team used a standard RF antenna and the above chips to embed RFID tags. In a key step, the researchers created a simple circuit around the memory chip that allows the chip to switch to local energy-assisted mode when the chip senses an environmental stimulus. In this mode (battery-assisted passive mode, BAP), the chip emits a new protocol code that is different from the regular code it emits in passive mode. The reader then translates this new code, indicating that the RFID tag has detected an environmental stimulus signal of interest.

Kantareddy said that this RFID-based sensor is more reliable than a sensor based on an antenna design because it fundamentally distinguishes between the tag's perception and communication capabilities. In antenna-based sensors, both the chip that stores data and the antenna that transmits data depend on the radio waves reflected in the environment. And Kantareddy's new design, its chip does not rely on mixed radio waves to achieve perception.

"We hope that the reliability of the data can be improved," Kantareddy said. "As long as we are in a sensing state, our new solution will transmit signal-enhanced new protocol codes, which will allow us to clearly determine the sensor's sensing and non-sensing states." ."

"This solution is very interesting because it also solves the information overload problem caused by a large number of tags in the environment," Bhattacharyya said. "The solution has abandoned the continuous analysis of information flow through short-range passive tags, enabling RFID readers." It can be placed far enough so that only important events can be communicated and processed."

As a demonstration, the research team developed an RFID blood glucose sensor. They use commercially available glucose sensing electrodes, which are filled with electrolyte glucose oxidase. When the electrolyte interacts with glucose, the electrode generates a charge that acts as a local energy source or battery.

The researchers connected these electrodes to the RFID tags' memory chips and circuits. When they add glucose to each electrode, the generated charge can switch the chip from its passive RF power mode to a local charge assist mode. The more glucose is added, the longer the chip is in the second power mode.

Kantareddy said that readers that can sense this new power mode can use this as a signal that glucose is present in the environment. This reader can determine the amount of glucose by measuring the time the chip is in battery-assisted mode - the longer the time in this mode, the higher the glucose content.

Although the sensor developed by the research team can detect glucose, its performance is still lower than that of commercially available dedicated glucose sensors. Kantareddy stated that their goal is not to develop an RFID glucose sensor, but to show their designs compared to antennas based on The sensor has more reliable sensing performance.

In addition, their design is more efficient. Its tag can be operated in passive mode using nearby reflected RF energy until an environmental stimulus of interest appears nearby. And this stimulus itself can provide power to the tag and send an alert code to the reader. Therefore, the sensor itself can provide additional energy for the integrated chip.

ˇ°Because this tag can get energy from both RF and electrode, its communication range has been greatly expanded,ˇ± Kantareddy said. ˇ°Using this design, the distance of the reader can reach more than 10 meters, far exceeding. Going 1 to 2 meters. Therefore, the same area can greatly reduce the number and cost of readers."

Next, he plans to develop an RFID carbon monoxide sensor by combining his design with different types of electrodes. When carbon monoxide appears, it can make the sensor charge and power it.

"Using an antenna-based design requires designing a specific antenna for a specific application," Kantareddy said. "With our design, we only need to use a commercially available electrode, plug and play, which makes the entire design concept. It is very easy to expand. Users can deploy thousands of these sensors at home or at the factory site to monitor boilers, gas tanks or pipelines."

PREVIOUS: Monitoring efforts will be strengthened. China will use RFID chip to track cars.NEXT: Laundry and laundry operators in Britain use RFID to manage tens of millions of miscellaneous quantities easily.