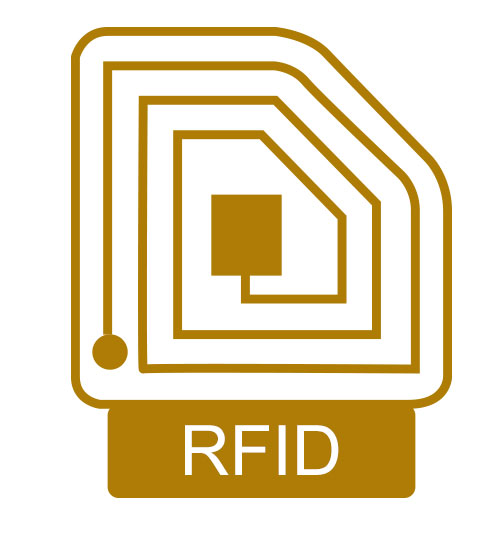 An RFID system consists of three components: a scanning antenna and transceiver (often combined into one reader, also known as an interrogator) and a transponder, the RFID tag. An RFID tag consists of a microchip, memory and antenna.

The RFID reader is a network-connected device that can be permanently attached or portable. It uses radio frequency waves to transmit signals that activate the tag. Once activated, the tag sends a wave back to the antenna, where it is translated into data.

There are two main types of RFID tags: active RFID and passive RFID. An active RFID tag has its own power source, often a battery. A passive RFID tag, on the other hand, does not require batteries; rather it receives its power from the reading antenna, whose electromagnetic wave induces a current in the RFID tag's antenna. There are also semi-passive RFID tags, meaning a battery runs the circuitry while communication is powered by the RFID reader.

RFID tags typically hold less than 2,000 KB of data, including a unique identifier/serial number. Tags can be read-only or read-write, where data can be added by the reader or existing data overwritten.

The read range for RFID tags varies based on factors including type of tag, type of reader, RFID frequency, and interference in the surrounding environment or from other RFID tags and readers. Generally speaking, active RFID tags have a longer read range than passive RFID tags due to the stronger power source.

Low-frequency RFID systems range from 30 KHz to 500 KHz, though the typical frequency is 125 KHz. LF RFID has short transmission ranges, generally anywhere from a few inches to less than six feet.

High-frequency RFID systems range from 3 MHz to 30 MHz, with the typical HF frequency being 13.56 MHz. The standard range is anywhere from a few inches to several feet.

UHF RFID systems range from 300 MHz to 960 MHz, with the typical frequency of 433 MHz and can generally be read from 25-plus feet away.

Microwave RFID systems run at 2.45 GHz and can be read from more than 30-plus feet away.

The frequency used will depend on the RFID application, with actual obtained distances sometimes varying considerably from what might be expected. For example, when the U.S. State Department announced it was to issue electronic passports enabled with an RFID chip, it said the chips would only be able to be read from approximately four inches away. However, the State Department was soon confronted with evidence that RFID readers could skim the information from the RFID tags from much farther than 4 inches, some claiming upward of 33 feet away, proving the difference between advertised and actual range can vary immensely.

If read longer ranges are needed, using particular tags with additional power can boost read ranges to 300-plus feet.

RFID applications and use cases

RFID dates back to the 1940s; it was used more frequently in the 1970s. However, the high cost of the tags and readers has prohibited widespread commercial use. As hardware costs have decreased, RFID adoption has increased.

The most common RFID application is for tracking and management. This includes pet and livestock tracking, inventory management and asset tracking, cargo and supply chain logistics, and vehicle tracking. RFID can also be used in retail for advertising customer service and loss control; in the supply chain for improved visibility and distribution; and in security situations for access control.

Multiple industries use RFID applications, including healthcare, manufacturing, retail, business and home use. 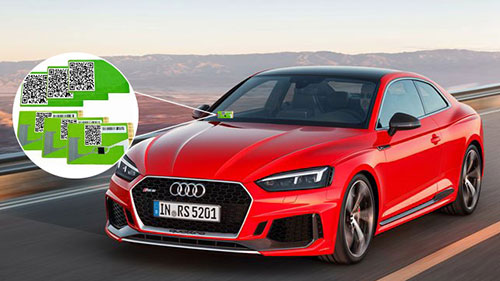 Using RFID as an alternative for barcodes is increasing in use. Among its benefits, RFID can identify individual objects, animals or people without direct line of sight, can identify many items -- often a thousand or more -- simultaneously, and can scan items anywhere from inches to feet away depending on the type of tag and RFID reader. Read time for RFID tags is typically less than 100 milliseconds.

Barcodes, on the other hand, require direct line of sight and closer proximity than an RFID tag. They also take longer to read, generally ½ second or more per tag. Because barcodes represent a product type versus an individual object represented by an RFID tag, additional information cannot be gleaned from them. In addition, barcodes are not read-write, and because they are printed on the outside of the object are limited in terms of reuse thanks to wear and tear. RFID tags are more rugged and better protected, often in a plastic cover. However, RFID tags cost more than a printed barcode.

RFID is prone to two main issues: reader collision and tag collision. Reader collision, when a signal from one RFID reader interferes with a second reader, can be prevented by using an anti-collision protocol to make RFID tags take turns transmitting to their appropriate reader.

Tag collision occurs when too many tags confuse an RFID reader by transmitting data at the same time. Choosing a reader that gathers tag info one at a time will prevent this issue.

A common RFID security or privacy concern is that RFID tag data can be read by anyone with a compatible reader. Additionally, tags can often be read after the item leaves the store or supply chain. Tags can also be read without the user's knowledge, and if the tag has a unique serial number, it can be associated to a consumer. While a privacy concern for individuals, in military or medical settings this can be a national security concern or life-or-death matter.

Because RFID tags do not have a lot of compute power, they are unable to accommodate encryption, such as might be used in a challenge-response authentication system. One exception to this, however, is specific to the RFID tags used in passports, basic access control (BAC). Here, the chip has sufficient compute power to decode an encrypted token from the reader, thus proving the validity of the reader. At the reader, in turn, information printed on the passport is machine-scanned and used to derive a key for the passport. There are three pieces of information used -- the passport number, the birth date of the passport holder and the passport's expiration date -- along with a checksum digit for each of the three. Researchers have pointed out that this means passports are protected by a password with considerably less entropy than is normally used in e-commerce, and further that the key is static for the life of the passport, so that once an entity has had one-time access to the printed key information, the passport is readable with or without the consent of the passport bearer until the passport expires. The U.S. State Department, which adopted the BAC system in 2007, additionally has added an anti-skimming material to electronic passports to mitigate the threat of undetected attempts to steal users' personal information.

There are a number of guidelines and specifications for RFID technology, with the main ones being the International Organization for Standardization (ISO), Electronics Product Code Global Incorporated (EPCglobal) and International Electrotechnical Commission (IEC).

RFID systems are becoming increasingly used to support internet of things deployments. Combining the technology with smart sensors and/or GPS technology allows sensor data including temperature, movement and location to be wirelessly transmitted.

PREVIOUS: The usage of RFID technology and its disadvantageNEXT: Quick TIPS to calculate between dBm and Watt for RFID signal