What is RFID middleware 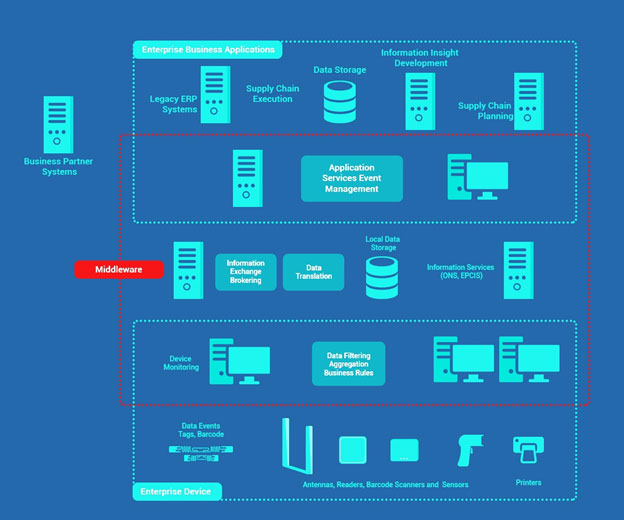 RFID middleware is a radio frequency identification (RFID) software, between readers and business/business applications. Middleware has several functions that play a major role in the operation and management of RFID systems. This middleware not only manages RFID readers and printers, communicates between these devices and your business applications, but also manages, filters, summarizes, and understands data from RFID tags.

Due to the large amount of data from RFID tags (think thousands or thousands of tags are read almost simultaneously at thousands of times), radio frequency identification (RFID) systems require a new kind of middleware and traditional integrated middleware. Traditional middleware is mainly used to connect different applications (internal and external) to the enterprise in order to:

There are several requirements for RFID middleware, such as:

The LLRP standard specifies the interface between the RFID reader and the client. This protocol is called a low-level protocol because it controls RFID air protocol operation timing and access to air protocol command parameters.

The ALE standard states that for customers to specify, in a high-level, declarative way, what kind of electronic product code (a means of EPC) data they are interested in is that there is no governing implementation. It provides a standardized format for reporting cumulative, filtered EPC data that is largely independent of the source or processing of EPC data.

RFID middleware has an irreplaceable position in RFID systems. Even if its functionality is sometimes taken over by the system application, the middleware ends and the user application is not explicitly described when it starts. All tasks are still part of the system and data flow is still handled internally.