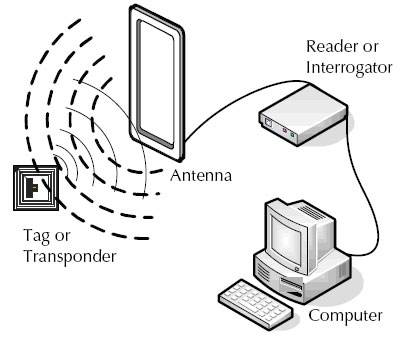 Radio Frequency Identification is a technology that makes use of tags as the main component in its operations. This technology will be in use for the next several decades. RFID tags possess a chip that holds a code called Electronic Product Code (EPC). This code can be used to descript the contents of any package. Readers are able to read out the specific EPC numbers from a distance. This made connection between reader and tag with any line-of-sight, scanning, or contact in a physical manner. Middleware can be used to do the original filtering of data from the readers. Several applications are being made to make it possible to comply with the products being shipped. This is according to the RFID technology.

Since not all people know about the RFID, various questions have been asked about automatic identification technology. This following text focuses on some of the questions in brief.

Firstly, Automatic Identification (ID) which is a broad term that contains many technologies and uses in identifying objects. Capturing data automatically is mainly used in auto identification. This means that companies can capture data about items and relay the information directly to a computer devoid of being typed by an employee. Auto-ID help to increase efficiency, reduce errors in data entry, and free staffs to work on other functions that add value to the companies. Some of the technologies that are under the umbrella of auto-ID are RFID, smart cards, and scans of the retina.

Secondly, RFID is a general term that contains various technologies that makes use of radio waves in identifying objects and people. Several methods have been used in identification, and the most renowned one is storing serial numbers to help identify persons, objects and other micro information that can be stored on a chip which is attached on an aerial. The chip together with the antenna makes up the RFID tag or RFID transponder. The chip is empowered by the antenna to relay detection information directly to a reader. After receiving the radio waves from the RFID, the reader in turn translates them and they are then passed to computers that utilize it.