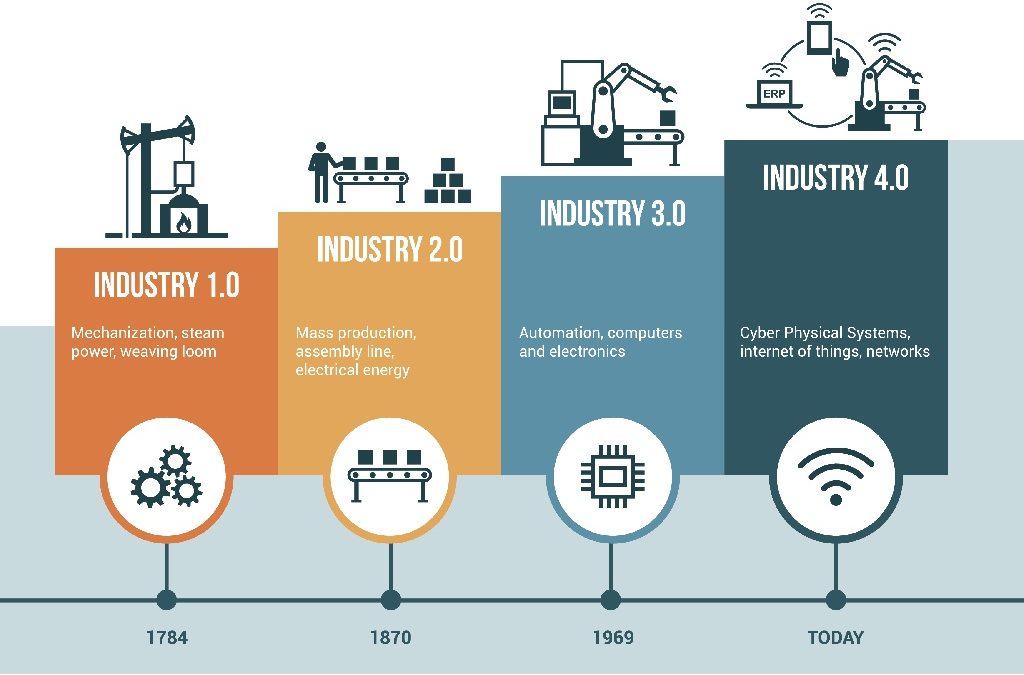 This write comes after being influenced by aman who has the capability to build anything from thing to thing; the humility to shatter your Know-how in manufacturing; the Industry 4.0 expertise that is required for the world of the future.

Industry 4.0 is the buzzword in countries wishing toincrease their effectiveness and efficiencies in manufacturing. The number ofacademic publications, practical articles, conferences has been on a rise sincethe German Federal Government announced an ambitious project of industry 4.0 asone of the key initiatives of its high-tech strategy in 2011. For Germany,which has one of the most competitive manufacturing industries in the worldwith almost 90% of all industrial manufacturing processes supported by ICT,Industry 4.0 is just another milestone.

First things first. LetĪ»s start understanding Industry 4.0by the evolution of industrial revolution in the world. The first IndustrialRevolution which can be technically called as Industry 1.0 was theperiod during which agrarian societies made the shift to industrial and urbansocieties using powered, special purpose machinery and factories. Thistransition which took place from 18th to 19th century sawthe emergence of Steam Engines and Textile Industries. Britain is called thebirthplace of Industrial revolution, being the worldĪ»s leading colonial power.Colonies were source of Raw Materials and marketplace for manufactured goods.

With the birth of factories and the advent of industrialproduction, Industry 2.0 commenced at the start of the 20th century. This is the period when Henry Ford introduced the assembly linemanufacturing in automotive industries and standardized various processes inmanufacturing giving rise to basic concepts like Factory Designs, Supply chainsand factory operations. This is also the period when Eiji Toyoda introduced JITand led the pathway for Industry 3.0

Industry 3.0 also called as Ī«Digital RevolutionĪ»began in the late 70s with the advent of technology and the use of electronics.This opened the doors to higher optimization and automated production. (BrianGracely, 2012) The automation powered product design, quality analysis,inventory tracking, supply management through number of web servers, databases,middleware, load balances, firewall supported by Enterprise wide applicationsfrom SAP, Oracle and Microsoft. The FANG (Facebook, Amazon, Netflix, and Google)effect began towards the end of Industry 3.0 giving rise to data which alwayscomes with an adjective Ī«bigĪ».

Industry 4.0, the fourth stage of Manufacturing andit is described as twofold. (Drath, 2014) For the first time in the history ofindustrial revolution, a revolution is predicted a-priori which gives theresearchers and the companies in this field to shape the future in a plannedmanner. (Kagermann et al., 2013) the other fold is that the effectiveness ofthe operations and in turn the increased efficiencies and development of newbusiness models, services and products in the market which will have a hugeeconomic impact compared to the other industrial revolutions. (Bauer, Schlund, Marrenbach, & Ganschar,2014) It is estimated that GermanyĪ»s initiatives for Industrie 4.0 willcontribute as much as 78 billion Euros to the German GDP by the year 2025.

Also called as the Ī«Smart FactoriesĪ» approach, whatdoes Industry 4.0 have in store for each one of the manufacturing enthusiast.

Īż Business will start establishing global networksin the form of cyber-physical systems which will comprise of smart machines,storage systems and production facilities capable of autonomously exchanginginformation, controlling each other and triggering actions independently.

Īż Fundamental improvements to the processesinvolved in engineering, manufacturing and supply chain will be facilitated.

Īż The manufacturing systems will be verticallynetworked and horizontally connected with business processes within factoriesand dispersed value networks respectively and this can be managed in real-time.

Īż Ī«Industrial InternetĪ» is on the rise which meansthe integration of complex machinery and devices with networked sensors andsoftware, used to predict, control and plan for better business and societaloutcomes.

Īż The four key components of Industrie 4.0will be: Cyber-physical systems, Internet of Things, Internet of Services andSmart Factories.

(Hermann, Mario, Pentek, Tobias*,Otto, Boris, 2015) suggestfollowing to be the key design factors for any factory that is ambitious of Industry 4.0.

Interoperability would be the one of the key design factorsallowing the systems to communicate among each other using IOT and IOS. Thesystems should be able to forecast the future through simulations and past datathereby making a virtual plant model. A human helps sought only in time of critical failures. Embedded systemsshould be able attend rising demand to individual products with no centralplanning and control giving way to decentralization. Real time status ofthe plant is tracked and analyzed for future expected failures. The entireplant will be service oriented satisfying the customized need of thecustomer and the system works on Ī«plug and playĪ» modules to address anyseasonal fluctuations or changed product characteristics. 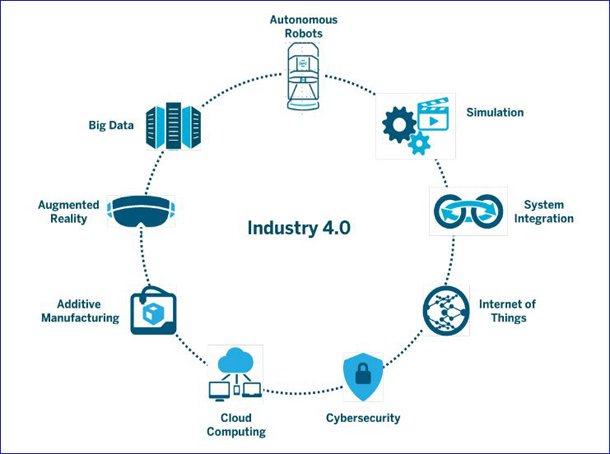 PREVIOUS: What Are The Cool IoT Ideas And Projects?NEXT: ├╗ėą┴╦!