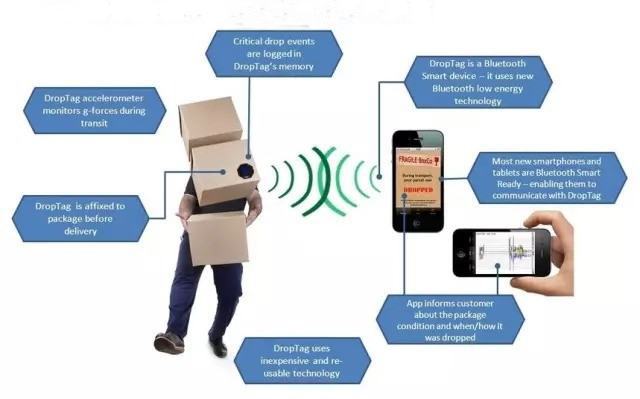 While manufacturers currently employ two forms of automated data collection: barcodes and RFID systems; there is much hype as to whether RFID will end up taking over the barcode.  One data collection method is not essentially better than the other; they do both carry product information however both differ a great amount.

A barcode is a visual representation of data that is scanned and interpreted for information. Each barcode contains a certain code which works as a tracking technology for products; and is represented in a sequence of lines or other shapes. Initially this technology was symbolized by the width and spaces between parallel lines that were one dimensional. This then evolved into other geometrical shapes such as rectangles and hexagons that were two dimensional. This barcode technology can be scanned by barcode readers along with newer technology on devices such as smartphones and desktop printersRFID Scanning Wristband

Radio Frequency-Identification technology (RFID) involves a tag affixed to a product which identifies and tracks the product via radio waves.  These tags can carry up to 2,000 bytes of data. This technology has three parts: a scanning antenna, a transceiver with a decoder to interpret the data and a transponder (RFID tag) pre-set with information. The scanning antenna sends out a radio-frequency signal providing a means of communication with the RFID tag.  When the RFID tag passes through the frequency field of the scanning antenna; it detects the activation signal and can transfer the information data in holds to be picked up by the scanning antenna.

Much smaller and lighter than RFID tags and therefore easier to use.

Less expensive than RFID tags; as barcodes are directly printed onto plastic or paper materials and therefore the only cost involved is the ink; a tiny overall cost.

Barcodes work with the same accuracy on various materials in which they are placed.

Barcodes are a universal technology in that they are the norm for retail products; stores that own a barcode reader can process barcodes from anywhere in the world.

In many cases; barcode accuracy has been said to be the same or even better than RFID tags.

Today barcodes are found on almost every item and there are no privacy issues involved with its use.

Can read RFID tags from a greater distance than barcodes.

RFID tags donĪ»t need to be positioned in a line of sight with the scanner.

RFID tags can work within much greater distances; information can be read from a tag at up to 300 ft.

RFID contain high levels of security; data can be encrypted, password protected or set to include a Ī«killĪ» feature to remove data permanently.

RFID tags carry large data capabilities such as product maintenance, shipping histories and expiry dates; which can all be programmed to the tag.

Once these are set up; it can be run with minimal human participation.

RFID tags are more reusable and rugged as they are protected by a plastic cover.

Barcode scanners need a direct line of sight to the barcode to be able to read.

In order to read the barcode, the barcode scanner needs to be quite close; around no more than 15ft.

Barcodes have no read/write capabilities; they do not contain any added information such as expiry date etc.  They only contain the manufacturer and product.

They are very labour intensive; as they must be scanned individually.

Barcodes have less security than RFID; as they can be more easily reproduced or forged.

Barcodes are more easily damaged; as the line of sight is needed to scan, the printed bar code has to be exposed on the outside of the product.

If a barcode is ripped or damaged there is no way to scan the product.

RFID involves assembling and inserting a computerized chip; which works out to be more expensive.

RFID readers struggle picking up information when passing through metal or liquid.

Reader collision can occur where two signals from different readers overlap and the tag is unable to respond to both.

Tag collision can occur when numerous tags in the same area respond at the same time.

RFID still has two separate chips (read only and readable/writable), which cannot be read by the same machine.

A question we are asked often: Ī░When is RFID better than barcodes?Ī▒

RFID vs Barcodes: RFID is not necessarily better than barcodes. The two are different technologies and have different applications, which sometimes overlap. In many circumstances, RFID offers advantages over traditional barcodes. The big difference between the two is that barcodes are line-of-sight technology. That is, a scanner has to Ī░seeĪ▒ the barcode to read it, which means people usually have to orient the barcode toward a scanner for it to be read.

One advantage of RFID is that the technology doesnĪ»t require line of sight. RFID tags can be read as long as they are within range of a reader. Barcodes have other shortcomings as well. If a label is ripped or soiled or has fallen off, there is no way to scan the item, and standard barcodes identify only the manufacturer and product, not the unique item. For example, the barcode on one milk carton is the same as every other, making it impossible to identify which one might pass its expiration date first.

See the table below for a direct comparison of the two technologies.