Vehicle Network Technology and Its Application in Traffic Management

Vehicle Network Technology and Its Application in Traffic Management 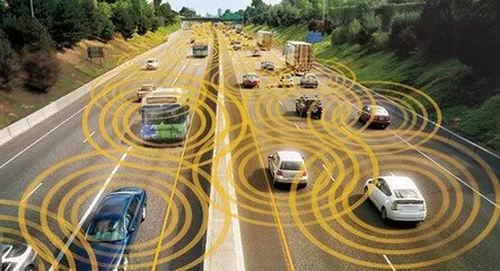 With the development of car networking technology and industry, the content of car networking is more extensive. According to the alliance definition of the technology innovation strategy of the Vehicular Network Industry, the Vehicular Networking is based on the in-vehicle network, the inter-vehicle network and the vehicle-mounted mobile Internet. According to the agreed communication protocol and data exchange standards, wireless communication is implemented between vehicle-centric systems. The large system network of communication and information exchange is an integrated network that can realize intelligent traffic management, intelligent dynamic information services, and vehicle intelligent control. Based on the serious traffic jams in major cities and the increasingly prominent traffic safety and environmental pollution problems, the development of vehicle networking technology is an inevitable trend. At the same time, it is also the most effective way to solve the above problems.

1 The concept of car networking

The concept of car networking originates from the Internet of Things. It refers to the use of pedestrians, automobiles, roads, and cities in real life as a vehicle. According to certain communication protocols and data transmission standards, the data transmission and information exchange between the car and the outside world can be realized, and then realized. Smart, dynamic, and information-based integrated network for traffic management. At the same time, the operational status of the vehicle can be supervised and provided according to the difference in functional requirements. Even different types of power can be connected like the Internet to achieve the “exchange” between pedestrians and cars, cars and non-motor vehicles.

By car networking, you can provide safer driving. Car networking can analyze and calculate other vehicles on the road in advance according to the information provided by the network such as traffic, vehicles, and road conditions, choose the best safe and stable driving route and driving speed, reduce the possibility of accidents, and increase the safety factor. . At the same time, it also depends on the network to improve the road's capacity and efficiency. In terms of economy, through the network's control of the vehicle, combined with the current road conditions, the appropriate gears and speeds are calculated to reduce energy consumption, save fuel, and further reduce exhaust emissions, which is conducive to environmental protection.

The node in the car network uses the sensor key technology RFID to automatically identify objects such as vehicles, roads, and buildings and obtain relevant data. After short-distance wireless data transmission and information fusion, the information is integrated, traffic congestion and traffic safety are extracted. Related content. The key technology of the sensor The main advantage of RFID in car networking can identify multiple objects in high-speed operation using technology, and facilitate the mutual transmission of information between vehicles in the car network. It is recommended to use active RFID technology to achieve communication in the car network, because this technology can provide farther read and write distances, and can achieve active sensing. Compared with other transmission technologies, active RFID has many obvious advantages, such as good security, waterproof and magnetic, long service life, compact and lightweight, large amount of data storage.

In order to ensure the safety of the car owner, it was decided that the vehicle terminal could not use the traditional mouse, keyboard, and other equipment for human-computer communication. Therefore, voice interaction became the best method. Mature voice technology allows car owners to speak to the car network through voice requirements and give orders, while using the ear to receive services from the car network, voice technology is very suitable for the car this fast moving object. However, mature voice recognition technology requires high corpus and computing power. In other words, the development of car voice technology cannot be separated from the network. It can be said that voice technology is formed on the basis of the network. The “cloud recognition” technology based on the server is Its formation is key. Collect and calculate a large amount of speech recognition data, and then use the network computing technology to build a unique car audio network voice platform engine based on the mobile Internet environment to achieve recognition of multiple languages and even dialects.

Applying cloud computing to car networking products can not only greatly improve business processing efficiency, but also provide more accurate service for industry users. It can also use the extensive service support of the platform, the latest real-time data, and powerful computing capabilities. The service provides more powerful support. For example, traditional navigation is mostly based on local data, that is to say, it is based on a static road, but in fact the road is in a static state in rare cases. Most of the time and situation are dynamic, based on cloud computing. The "cloud navigation" enables navigation of dynamic roads, namely "real-time intelligent navigation." According to user requirements, the cloud platform can refer to real-time traffic information and emergency events to adjust the route and provide users with more rationalized routes. Like the Internet and mobile Internet, car networking is also through service integration to achieve service innovation and provide value-added services.

The parameters of the safety indicators during the running of the vehicle include the driving speed of the vehicle, the temperature of various mediums in the driving system, the normal operation of the vehicle steering system and the driving system, etc. The vehicle sensors can provide these index parameters at any time. The road test information that the vehicle travels mainly includes non-motorized vehicles and pedestrian information, traffic condition information, and road access condition information. The information may be obtained through the communication between the vehicle and the roadside facilities, and may also be obtained through video acquisition. The geographic information system can be appropriately scaled to inquire the road alignment information. Since the technology in this field is currently in the accelerated construction phase, the update speed of the geographic information system always lags behind the change speed of the road alignment. Therefore, the electronic map cannot provide all the information. Geographic information requires the use of on-board units and sensors to obtain the linear information of the road, but this method cannot achieve good real-time performance. At present, a more effective solution is to transmit the data collected by the preceding vehicle to the rear vehicle through the communication between the vehicle and the vehicle. Due to the traffic characteristics of China, the phenomenon of mixed traffic between people and vehicles is very common. Therefore, the collection and processing of information for pedestrians and non-motor vehicles plays an important role in the realization of traffic safety and the driverless technology of vehicles.